The Surreal Works of Eric Weston 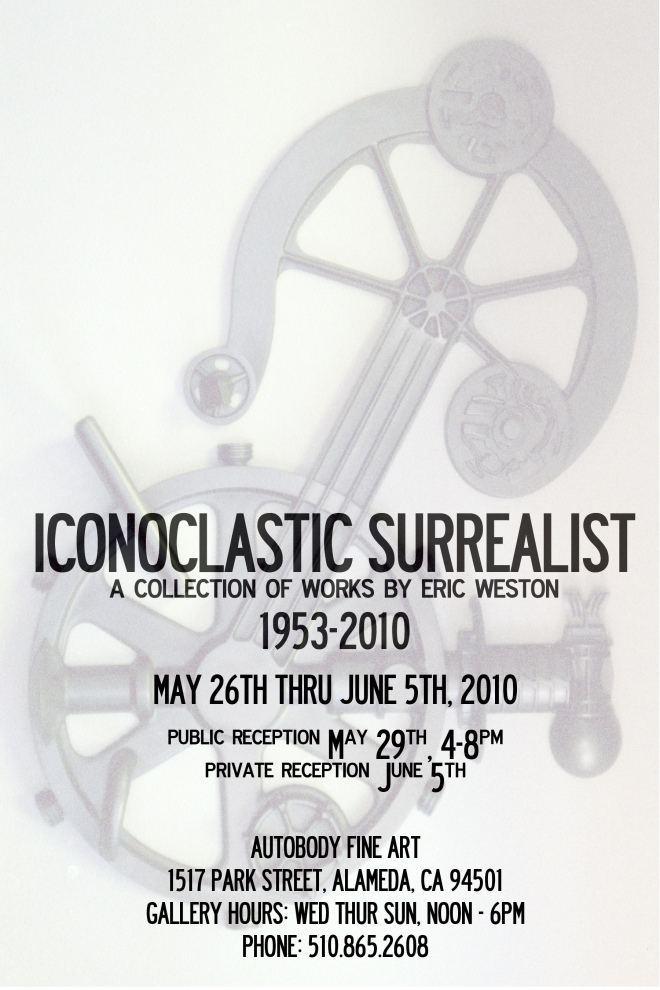 Tonight is the public reception for “The Surreal Works of Eric Weston” and I am anxious to see the great artwork in store at the exhibit. Eric Weston “called himself a iconoclastic surrealist. He rarely showed any of his work in his lifetime, but wound up doing dozens of amazing pieces. He created art for art’s sake throughout his entire life in between construction jobs.” His talents and skill from his construction jobs can be seen in his work – his attention to detail and precision relative to scale is quite impressive. It is also an honor to have been chosen to do the postcard invite design for this exhibit (seen above), collaborating with Eric’s cousin Jon Weston on the design.

Below is a preview of some of the art showcasing tonight: 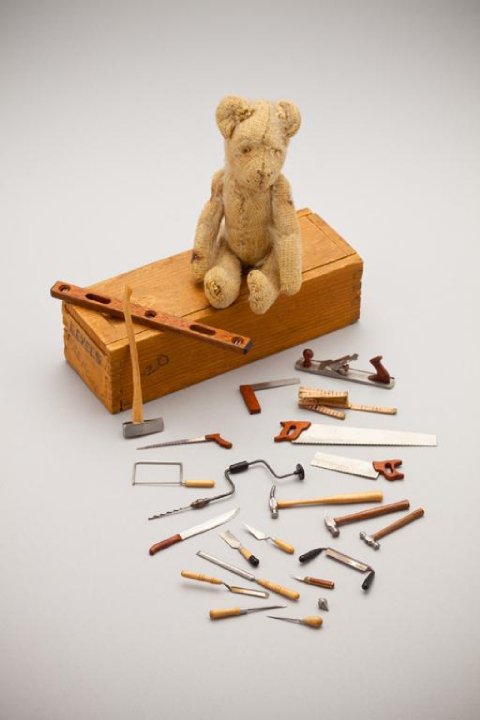 “Eric’s father’s toy bear. Eric was shot in the stomach by a burglar years back –at the hospital and during a long, touch-and-go recovery, it never left his hand. He built these tools for his father’s bear, which itself is less than six inches tall — some of the tools are only a few millimeters long.” 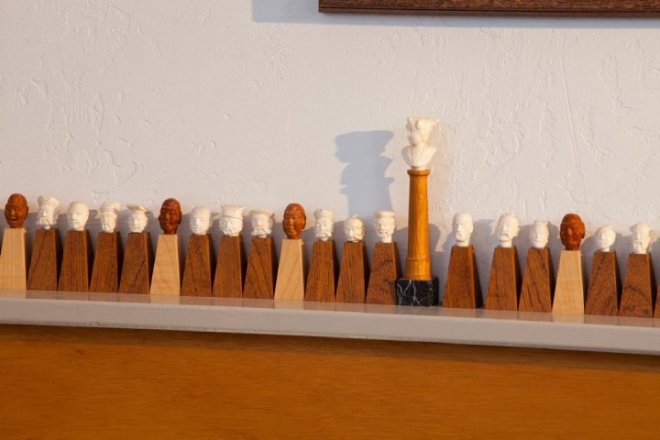 “Eric’s collection of Japanese figures, worn from the robes of ceremonial clothing. He made each wooden display stand.”

“A french horn disassembled and fit inside an antique cabinet. It seems so simple at first, but as you look around the fine cuts made to the horn, you realize that every piece was removed with clinical precision, making an exact fit in each moving drawer that perfectly retains the horn’s original dimensions.”

“A ray gun he made for a Space Cowboy Halloween costume back when “space cowboy” had a double entendre. The trigger works, makes noise — still fun to play with!” 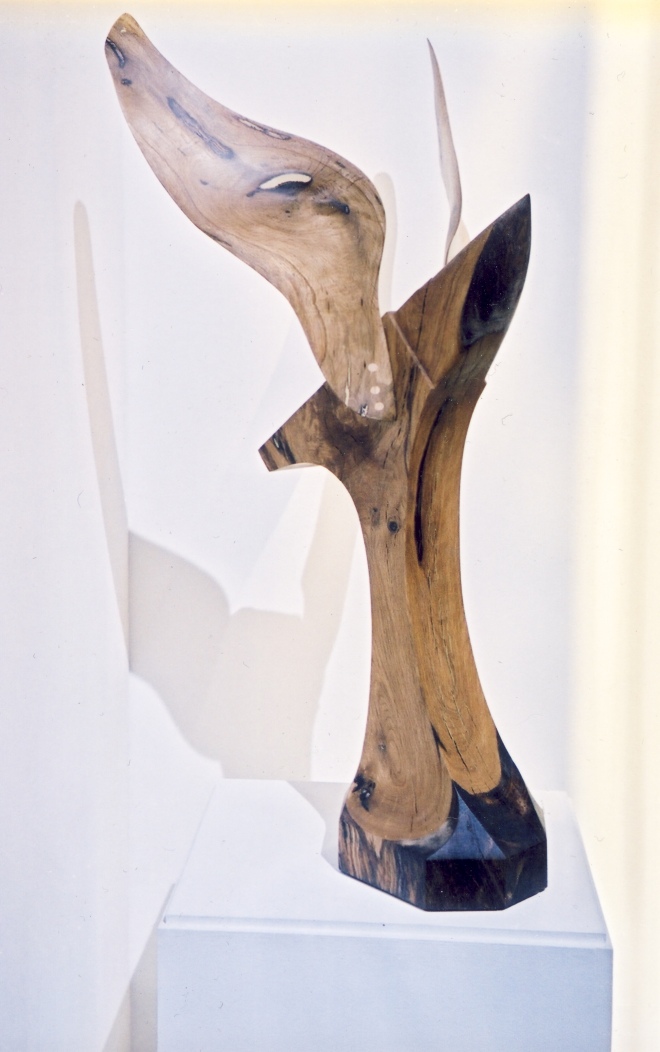 “A gigantic oak tree had fallen in Walnut Creek. It’s branches used to stretch over one of the city’s main streets. After the loss, the city sent enormous sections of it to various artists. This was Eric’s contribution, standing roughly four feet tall, the flying anvil was one of his signature conceptualizations.”